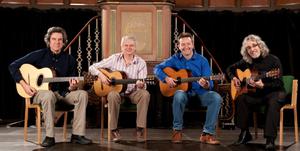 
For those who would like to know more have a look at their various websites.
www.clivecarroll.co.uk


Located in Old Town, Swindon Arts Centre is an intimate venue particularly suitable for music, small-scale drama and comedy. It has:

The Arts Centre re-opened in January 2003. A lift in the new entrance gives easy access to the theatre, and there are new accessible toilets. New seats have been installed in the auditorium.

Open Monday to Friday 12 noon-5.00pm and Saturday 10.00am-1.00pm. On nights when there are shows the Box Office remains open until the start of the performance.